‘Demolition, expansion and conservation have all been successfully completed. The historic dome, the Queen Anne façade and a rambling series of 18th century rooms have been conserved to the highest standards, along with what may be the oldest stone representation of a Liver Bird in the city. The venue has gained a 200-seat performance space, shops and eating places, four galleries, and 26 studios for artists and workers in the creative industries. A progressive institution of the 18th century has been successfully transformed into an equally forward-looking one for the 21st.’ English Heritage, naming Bluecoat arts centre as one of England’s 20 best Heritage-Led Developments

Bluecoat arts centre is the oldest centre for contemporary arts in the UK. It houses a year round
programme of exhibitions, music, dance, live art, literature and heritage events, and
also provides a base for thirty artists, collectives and small arts organisations. There is a
restaurant, shops, workshop space and a theatre. Dating from 1717, the Grade I Listed
building is the oldest building in the UNESCO World Heritage Site in the centre of
Liverpool, and plays an important part in the cultural life of the city.

Previously a school, and located on a tight urban site, the building is arranged in a rough ‘H’
plan around two courtyards. The lack of larger rooms severely restricted the opportunities
for certain types of programming, and in order to widen the scope of events Bluecoat
could offer, in 2001 it was decided to hold a competition for a new extension to house
new galleries and a 200 seat performance venue. The new extension was to be constructed
on the site of a wing of the building that was bombed during the Second World War. In
addition to the new construction, the brief required the restoration and refurbishment of
the existing Grade I listed structure, and improvements to accommodate disabled access. 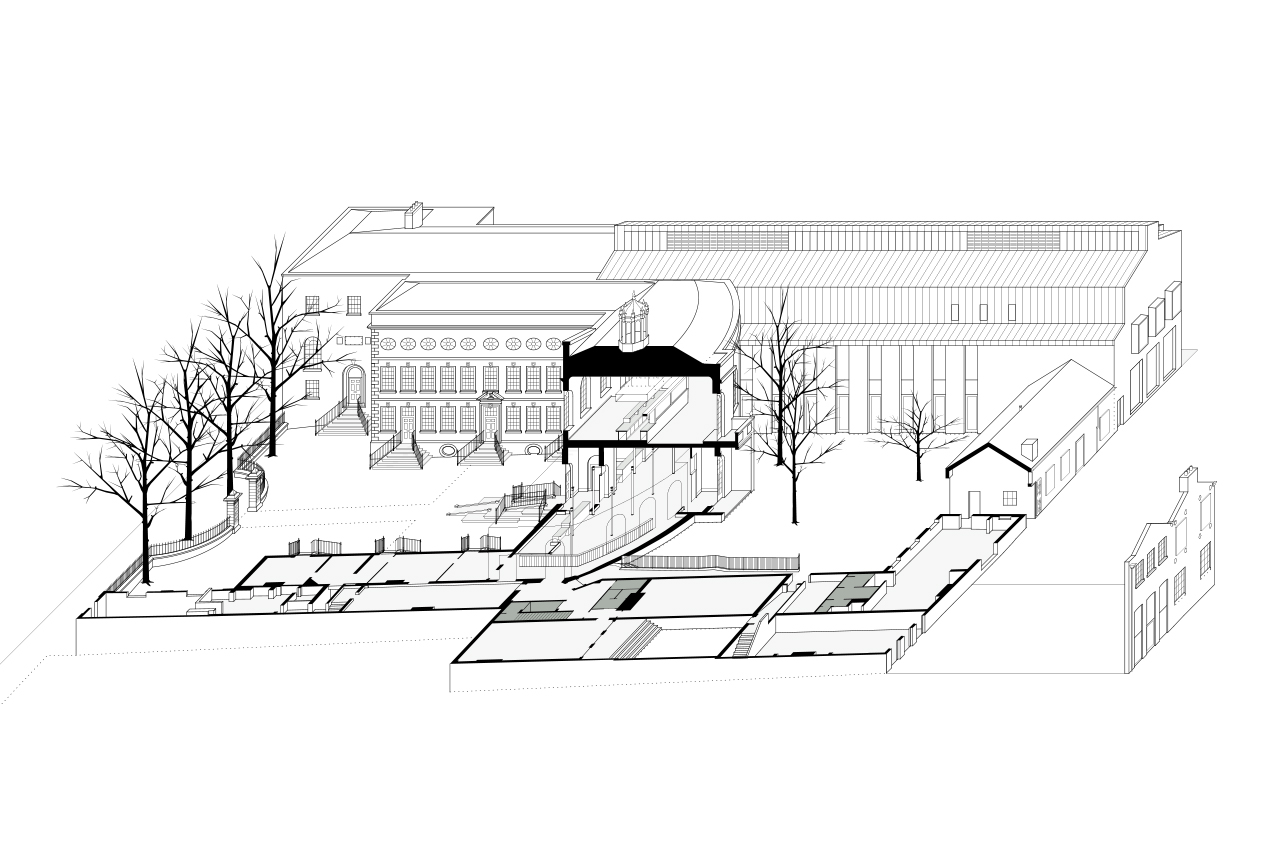 These potentially conflicting requirements were resolved by designing a robust building,
constructed largely of brick like the surrounding buildings, but laying the modern brick
rigorously stacked bonds, and taking the form of an existing gable, and extruding it to make
the section profile of the new building. Openings from the new building onto the existing
courtyard rhyme in width and rhythm with the existing openings in the listed wing across the
courtyard. The new building therefore sits comfortably in its existing surroundings, while its
extruded gable form with its three large openings framed in bronze give a recognisable, but
new ‘face’ to the organisation.

The entrance to the new wing is clearly expressed as it is partly cut from the volume of
the corner of the wing and clad in highly polished granite, inviting access. The new spaces
are calibrated to make the most of the existing site, while delivering the programmatic
requirements of the client. A new double-height enclosed ‘cloister’ looks onto and helps to
activate the existing courtyard, while at the same time filtering daylight into the more insular
gallery spaces along it.

An important requirement of the brief was to improve the legibility and accessibility of the
building. In addition to the building’s new public face described above, the new circulation
cores deal with the existing building’s 29 different levels, and it is now possible to easily pass
right through the building from street elevation to street elevation. 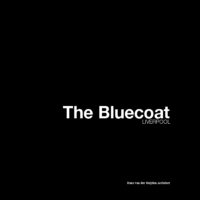