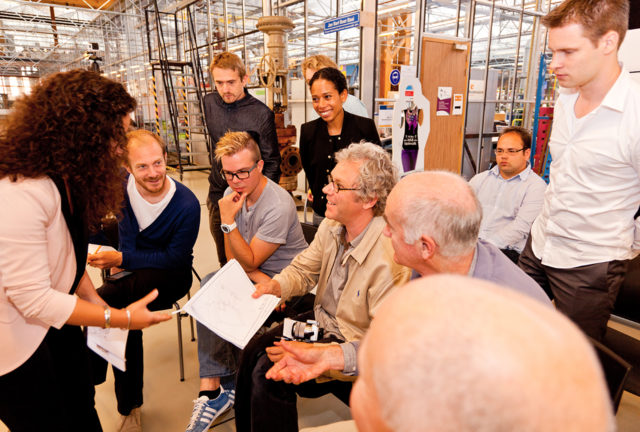 Dear members of the jury,

On behalf of a contingency of international colleagues of Hans van der Heijden, I would like to take this opportunity to nominate Hans for the Architectenweb Architecture of the Year 2020 title. As a group we feel that Hans’ career as a practitioner, teacher, writer, and researcher, not only in the Netherlands but throughout Europe, exemplifies the role of the architect today. In addition, acting as a kind of informal ambassador, Hans has contributed greatly to our understanding and appreciation of Dutch architecture and urbanism here in the UK and elsewhere.

I have had the pleasure of teaching and collaborating with Hans since I met him in 2013 when I was teaching design at the University of Cambridge and he was the Sir Arthur Marshall Visiting Professor of Sustainable Urban Design. Since then, I have had the opportunity to teach, lecture, and collaborate with Hans in the UK, the Netherlands, Switzerland, and Liechtenstein, where he continues to promote the study of existing housing types such as the college, the mansion block, and the urban palazzo and their contemporary application.

It is this contemporary application for which Hans is particularly respected. He is well known for his ability to combine established local housing typology with modern construction methods and innovation as the recent completion of his duplex housing scheme at Persoonshaven in Rotterdam demonstrates. His residential projects are often held up as exemplar projects and we feel there is much for us to learn from his work.

Hans has contributed greatly to the discourse on the role of housing in the design of cities and is seen as a leading figure in the practice of housing design and the study of housing typology, particularly in the UK where he is a frequent lecturer and collaborator with British and other international practices, as well as the Honorary Visiting Professor in Contemporary Architectural Practice at the University of Liverpool. Despite not being able to read the many texts, books, and monthly columns that Hans has written in his native Dutch, many of us do follow them and have conversations with him about them. Hans has been greatly influential in the discourse of urban housing in the UK and the rest of Europe, where he is often the instigator of the conversation as well as a participant.

Therefore, we hope that you strongly consider our nomination of Hans van der Heijden for the Architectenweb Architect of the Year  2020 title.