‘With the long horizontal lines, J.J.P. Oud’s Kiefhoek is not far awat. The cityscape follows the advice of his friend W.M. Dudok, designer of Eindhoven’s White Village, that “blocks with flat roofs become counterpoints in an environment consisting of houses with steep roofs.” The fact that these respectable references, deployed with conviction, do not seem old-fashioned but rather youthful, shows that architecture is not a millimetre sprint with the Zeitgeist, but goes for the longue durée.’ Paul Vermeulen in De Architect

Of old, people use the street for living in Lakerlopen garden village. Together with the residents and the urbanists of MUST it was proposed to reconstruct one part of the district with a square, a court, an alley, streets and a green boulevard. The conventional urban spaces was further developed by HvdH by designing equally conventional house types. Corners and long facades are marked by special forms of living: combined living and work units, accommodation for mentally disabled and their attendants. Cars are parked within the perimeter of the blocks.

The project has been published in De Architect, Building Design, Oase en Stadscahiers. It won de Fritz Högerpreis 2011 and was nominated for the Dirk Roosenburg Award 2011 and the Mies van der Rohe Award 2011. The project was included in the travelling exhibition Pasticcio, which was on show at the Architecture Biennale 2012 in Venice. 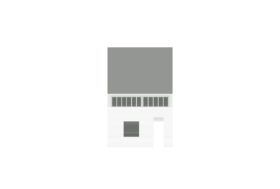