For an area in the Moerwijk area of The Hague a housing scheme was made. The scheme sits around a characteristic church and two monastic buildings dating from the 1950-ies. The edges of the estate follow the long vistas as supplied by the urbanism of Moerwijk. The core of the new neighborhood, however, is small scale and adjusted to the existing buildings. Grovestinsstraat will be turned into a new strong lane with a double row of mature trees at which both new and existing dwellings will sit. The internal parts of the area will remain free of cars wherever possible. The paving of the public spaces of this estate is made of reclaimed bricks. See also the photo series made 5 years after completion.

The architecture of the buildings and the public spaces has been derived of the religious ensemble. Urbanism, architecture and the public realm have been accurately co-ordinated. This is a project of co-operation. The technical specification was developed with ERA Contour, resulting in a high degree of cost certainty in the early stages of the design. The design of the public realm was made by HvdH in co-operation with Waterpas.

The project was first published in HvdH’s book Architectuur in de Kapotte Stad (Architecture in the ractured City) and illustrated the way he approaches design and negotiation in urbanism. Kloosterbuuren received the Special Mention Award of the Fritz Höger Preis 2020. 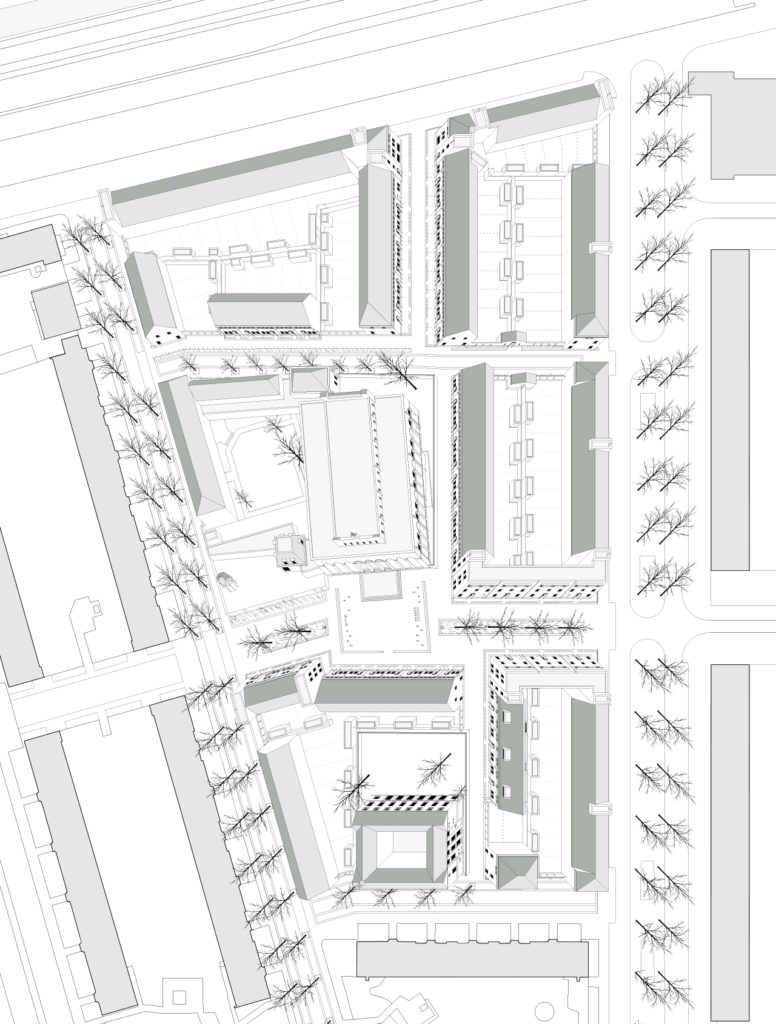