‘For the housing project he just completed in the city of Leiden, he designed corner balconies that can be closed off with folding glass screens. They are, in fact, outdoor living rooms, 2.5 x 2.5 metre – large enough to put a dining table on them, and with elegant double doors opening to the living room.’ Kirsten Hannema in Modulør on the notion of comfort

The ensemble is part of a new neighbourhood replacing the sports campus Noordelijke Sportvelden in the city of Leiden. The sports campus previously had a rather isolated position against the surrounding neighbourhoods which results in the relatively autonomous development of this new neighbourhood. It is a prominent site near a major traffic artery serving the city centre nearby and is fully surrounded by canals. HvdH designed the dwellings and parking facilities at the western edge of the site. Four blocks establish a long ensemble separating the neighbourhood park and busy Churchilllaan highway.

The neighbourhood has been enthusiastically occupied by the residents (see photo series, made 3 years after completion). It was important within such a large single development to give all homes a sense of belonging and individuality so an aim was for entrances to be expressed. The development was near a busy street so noise was an important consideration, as was an efficient structural grid and construction method and construction phasing strategy to ensure optimum value for money. All dwellings have a private outdoor balcony and sustainability was a key feature of the brief.

We assisted Amvest establishing the right balance between costs and returns against variable numbers of houses, apartments and related parking, as well as solutions for high traffic noise level. The client’s was particularly keen to minimise maintenance, management and control cost where possible.

Due to the autonomous position of the site within Leiden, and the very diverse surrounding building styles, the architecture of Churchillpark avoids a strong personal signature and overt references to the surrounding buildings. Its siting justifies the idea that materials, proportions, colours and volume do not follow local rules, but reference the common qualities of the historic urban architecture of the established Dutch town.

The project has been published by Modulør and Divisare. 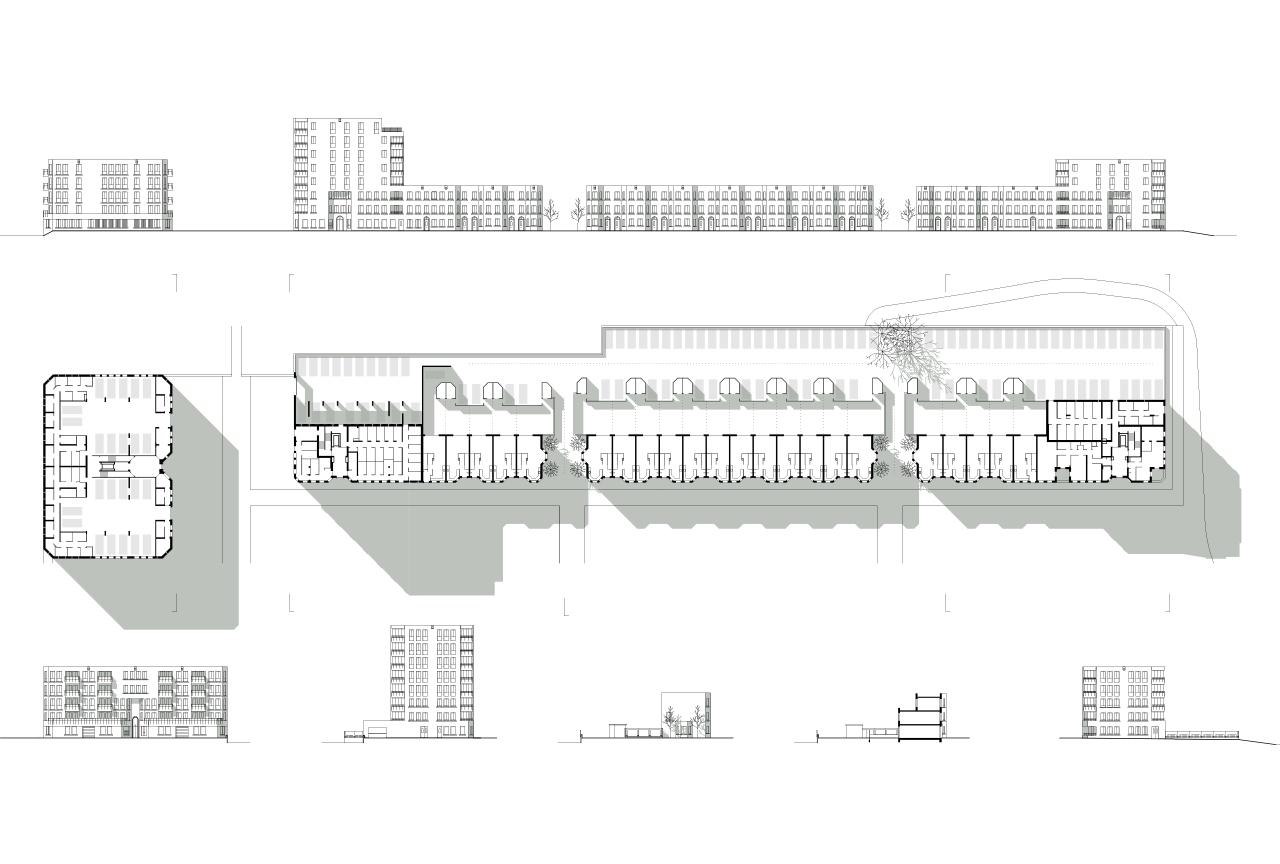