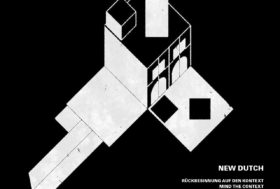 31 July 2018 – The Swiss magazine Modulør is dedicated to ‘New Dutch’ architecture. The subtitle of the issue which appeared today is: Mind the Context. Modulør presents architects who stayed sober during the excitement about conceptual ‘Superdutch’ architecture. They remained committed to the notions of construction and context.

In addition to established offices including Office Winhov, Happel Cornelisse Verhoeven and Monadnock, guest editor Kirsten Hannema selected work of Bureau Van Eig, Donna van Milligen Bielke and Lilith Ronner van Hooijdonk. My office is represented with images of the housing at Churchillpark, Kloosterbuuren and Oranjeboomstraat. Modulør also publishes a fine German translation of the essay which I wrote for the book ‘An Architect’s Guide to Fame’ from 2005.