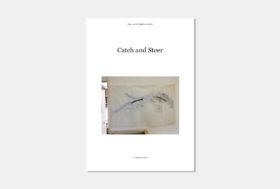 27 August 2014 – The research project Catch and Steer is ready. When the Architecture Foundation called for proposals to investigate the innovation of urban design I submitted a plan together with Julian Lewis of East. After that it went fast. Centrally guided, top-down urbanism is out of fashion. A pity. Bottom-up is en vogue. Also a pity!

I investigated the design methods as developed by Julian Lewis and Mark Brearley. With Julian I conducted design research to Tarweijk in Rotterdam South.

Mark and Julian established their studio East in a time in which Lady Thatcher declared urbanism oblivious. Later Mark went to work for London City Council. Julian continued the office and meanwhile in London there are few placed to be found Eas has not been involved with in one way or the other. Catch and Steer is the name of a design method which departs from existing flows of investments, trying to catch those, to steer them and to use them in such ways that new investments are challenged. That is in no way bottom-up urbanism. If there is one thing that Mark and Julian have demonstrated, it is the fact that their plans can only be implemented if they are adjusted to urban policies and to the dreams and myths that exist in London. Catch and Steer is also a narrative practice. Mark and Julian know their city, they know of the people, their desires and their dreams and they understand the local imagery. Mark has endlessly wandered through the city with his notebook and camera. As a skateboarder Julian hit the asphalt of the city many times. Catch and Steer us perhaps a weak approach of city planning, certainly to the international architectural elite still believing in conceptualism which cannot be reductive enough.

The reconstruction projects for high streets in London which Julian has made with East may be accused of a degree of asphalt romanticism. They are raw, simple, brutalist and breathe the atmosphere of the punk rock era in which East is rooted. They are also very comprehensible project. Things and places are named with big letters regaining the name they have always had. And they are dynamic projects. Sometimes they have challenged new initiatives as envisaged and as hoped. Often the designs cannot be recognized anymore and are the reconstructions changed again or improved upon. For Julian that is unimportant. What counts is the contribution East has made to development of London. New stories have been told. That realism is completely different from the sunny images which the Dutch bottom-up movement sometime surprises us with.

Julian can enthusiastically claim: a non-plan situation can be good! But Mark and Julian abhor the Netherlands discourse in which it once was so clear what the ambitions with the spatial development of the country were. I learned from them how important it is that stories are being told in cities like London. Without those no sensible urban policies are possible. Without those no urban design is possible. Without these stories even the pragmatism of Catch and Steer makes no sense. Stories and myths matter, especially when the government withdraws from city planning. Who tells the everyday stories of life in South Rotterdam, who puts those areas no one wants to spend a penny on on the map again?